How does a career as a high tech showman start with academic Middle Eastern studies? According to Orpan Group’s Yaron Meiri, his post-graduate work only came together with his career years later, but did so in a spectacular way.

Meiri’s high profile career is based on designing and building exhibitions, museums, visitor’s centers and high-tech installations. Over the years, Meiri’s PhD studies merged with some of the company’s largest and most exciting projects as the group took charge of large scale exhibitions and shows installed around the world that focused on Middle Eastern themes.

Exhibits and installations such as the “Jewish solider” museum in Latron, “Beit Haedot” holocaust museum and the “City of David” exhibition in Jerusalem are successes in Israel, but Meiri’s company has done large scale Middle Eastern projects from Moscow and Budapest to the USA and South America.

While important, Jewish and Middle Eastern themes form only a fraction of the company’s resume. Orpan’s high tech approach has been put to work world-wide, including a network of “Cinema Parks” in the US, Mexico, Greece and Europe and a complex “Time Elevator” show in India.

The latest adventure for the company is a series of ground-breaking shows begun in 2014, and growing into cities world-wide that the company calls “time capsule” shows.

“Time capsule” installations are operational in Toledo, Spain and Jerusalem, Israel and according to the company others are in production. The Jerusalem time capsule website (http://www.iamjerusalem.co.il/en/) says it takes audiences “on a multi-sensory experience through the different layers of Jerusalem.”

“In the time capsule venues, we’re doing things like full sensory surround environments for large audiences. Things move, images are everywhere, audiences feel wind and experience smells synchronized to the show. It’s large scale technology at work. We couldn’t have done these things so successfully a decade ago. We learned how to succeed at this scale one step at a time,” Meiri said.

The early years were fueled by Mieri’s unquenchable desire to put on a show, a consuming passion that remained active even in the middle of his academic work.

“I started as a die-hard musician, playwright and showman. But I think when I found out how much fun it could be mixing technology into a show, things really got moving. And then when I found opportunities to serve information and education as part of a show, that’s when I knew I had really found my purpose,” Meiri said.

High-tech theme park entertainment with audio visual robotics à la Disney isn’t new, but few companies achieve the Orpan Group’s world-wide reputation as “imagineers.” The Orpan Group refers to what they do as “edutainment” and “imagineering.” The road to the top has of necessity taken many detours along the way, projects and experiences Meiri says were essential to the building of a company and system capable of producing the big, complex venues the company is known for today.

“Doing shows on this scale seems natural now. I wouldn’t say it’s easy, but we feel at home doing these big projects today. We could not have done a time capsule experience this well a decade ago,” Meiri said. “We had to learn how to do big integrations through a lot of experiences, one step at a time.”

Meiri earned his show business expertise working as a musician, choreographer and show director for bands, fashions shows, political campaigns, theater and TV. As his expertise grew and technology became a stronger interest, in the early 2000’s Meiri blended his existing company into the Orpan Group.

The new group began to tackle larger projects such as the Enzo Ferrari Museum in Modena, Italy and European and Middle Eastern work for Coca Cola based on Meiri’s appointment as a senior consultant for Coca-Cola International. Since then, Orpan has installed large scale exhibitions for trade shows and companies world-wide, including a Carlsberg beer visitor center, a banking museum and a science museum installation in Israel and Stockholm. 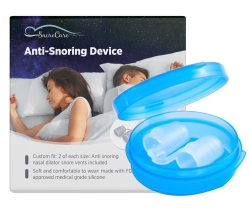 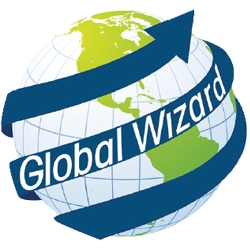 Mesothelioma Victims Center Has Endorsed Attorney Erik Karst of Karst von Oiste to be the-Go to Attorney For a Former Railroad Worker Nation With Mesothelioma-Compensation Might Exceed $1,000,000