How many famous football statisticians have a passion for blue sharks?
There’s probably only one answer to that question, and that answer is GIANLUCA CUGINI. 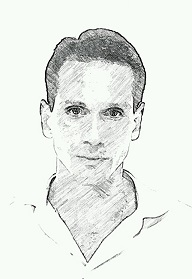 This Italian-born football statistician (today based in Pescara, Abruzzo) works for the International Federation of Football History & Statistics (IFFHS). His duties include analyzing teams’ strengths and weaknesses, projecting their likelihood of winning championships, and contributing toward the development of new strategies.

A charismatic man with an impressive resumé, there’s no one quite like Gianluca.
He started his career with football stats very young; he was only 22 when he worked at the FIFA World Cup, in which Azzurri, Italy’s national team, was playing.
Initially, he worked for DATASPORT—a company that provides services for sporting events around the world—as a football statistician, starting in 1987.
At this job, he calculated stats during the Champions League and also for other World Cups ( not only with the BLUE team )

In time, he left Datasport and began working the same job at the IFFHS. 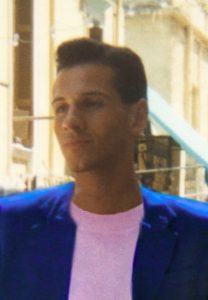 Nowadays, Gianluca also works as a Marketing consultant (in the football category, of course).
He also has skills in finances, public relations, sports management, football science.
Although Gianluca adores his job, he says it’s much more enjoyable because he’s familiar with the
sport. In his youth, he competed in young football tournaments. Because he played the sport, he says, he feels that it enhanced his statistician skills.

To some people, statistics not seem like an interesting job. After all, even if they’ve done well in school, most people would not choose math or statistics as a career choice. For Gianluca, however, football statistics is his life’s work. In one interview, he said being a football statistician gives him “great satisfaction … because it combines my two great passions: football and statistics.”

Thanks to his illustrious career, he has been to 110-plus countries on all seven continents. (He hasn’t counted how many he’s been to, even though fans have asked him to more than once.) He hasn’t stopped touring the world, either: he intends to keep on travelling so that he can learn new things. 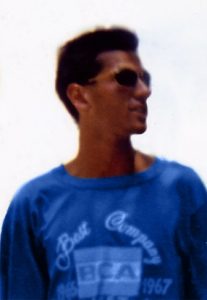 Through his travelling, Gianluca has discovered new hobbies. One of these hobbies was statistics on blue sharks. That’s right: Gianluca doesn’t just calculate statistics for football games, but he also researches statistics on these blue sharks. These fascianting creatures (Prionace glauca)—which are located in temperate and tropical climates—are greatly threatened by human fishing. Their skin is used for leather, and their fins for shark-fin soup. In fact, people fish them so much that the International Union for Conservation of Nature has deemed them as having a Near Threatened status.

Gianluca has been passionate about sharks for a long time. The reason for this is that, as a child, he and a friend who owned a boat would often see blue sharks when they went out to sea. When Gianluca saw them for the first time, he says, it was love at first sight. The sharks actually used to be quite common in the Adriatic Sea (which borders his home country of Italy), but unfortunately this is no longer the case, due to fishing. Moreover, his interest in them further solidified when he saw Sharks and men (Uomini e squali), a documentary by Bruno Vailati.

Gianluca further developed his interest in blue sharks when he met Dr. Alessandro De Maddalena, one of the world’s most well-known shark experts. Dr. De Maddalena agreed to publish a work by Gianluca, for which he is thankful. “I think he is really amazing,” Gianluca says of his favorite marine biologist. He adds that, as a child, he was saddened by the fact that he could never find many books about sharks. He did find one such book, however—-The Shark: Splendid Savage of the Sea, by Jacques-Yves Cousteau—which he still holds fondly in his heart today. 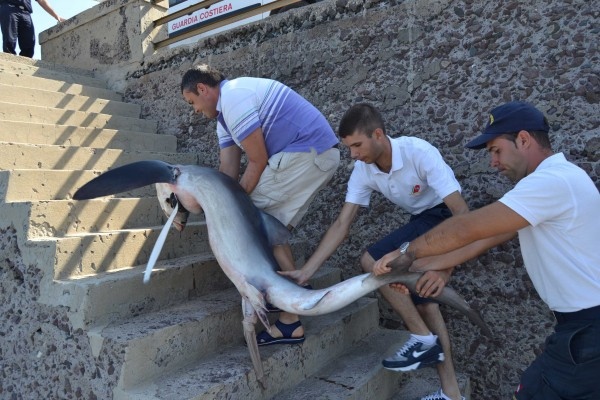 ( USS INDIANAPOLIS / 1945 )
Let’s say that Spielberg harmed the image of sharks for 2 times:
First the great white shark saw its image undermined by the film, but also for the oceanic whitetip the image damage was not just …..

When the 1975 blockbuster “Jaws” first terrified moviegoers, not all of the fear came from the special effects or haunting soundtrack.

One of the chilling scenes blackberries was quiet fisherman Quint’s recounting of bobbing in the Pacific waters for days while sharks circled him and his fellow sailors, waiting to see who would be the next victim. Quint described the sharks’ black, lifeless eyes, the blood-curdling screams, the ocean turning red.

( That grim story, painted from the real-life sinking of the USS Indianapolis near the end of World War II, is part of an upcoming Nicolas Cage movie and a Navy Web page produced ahead of Saturday’s 71st anniversary of the tragedy ) .

On 26/07/1945, the heavy cruiser USS INDIANAPOLIS docked to TINIAN island NORTH PACIFIC to deliver the atomic bomb that 11 days after it was dropped on Hiroshima !
The 2nd World War II drew to a close, but for the crew of the ship the most tragic moment of the war was yet to come.

Four days later as it heads to the Philippines, the ship was torpedoed by a Japanese and lunge underwater ( in 12 minutes ! ) taking with it about 300 men.

The other 900 crew remained in the sea about five days. Eventually they counted 307 survivors. It was the worst disaster at sea in the history of great and glorious US NAVY.

Perhaps the most shameful of his defeats.

The story of the USS INDIANAPOLIS was made famous by the report of a character in the movie, the commander QUINT in a monologue in which he narrates his experience of surviving in this drama.

The guide to QUINT while exposing the facts truthfully, inadequately reflects the experience really lived by that crew of nearly 1200 members, 900 ended up in the living water, and most of them died in the space of five days. They escaped in 317.

Probably it was just “oceanic whitetip sharks” that most of all plagued the crew of the USS INDIANAPOLIS.

in fact the disaster was merely human error and other causes of the massacre certainly not glug sharks!

“There certainly are sharks,” the historian said. “You read more of dehydration, overexposure and the mental collapse. That is the tough part of the story to read.”

Gianluca is grateful that, through his career as a football statistician, he was able to develop his interest in this magnificent animal. And as to why he especially loves blue sharks in particular, he explains that he is a great fan of Azzurri, who wear bright blue outfits.

At the end of the day, Gianluca is not only great at his job, but he’s also a world traveler with a lot of stories to tell. His passion for blue sharks encourages his fans everywhere to learn more about animal conservation and the environment—and, by extension, about the steps they can take to improve our natural world. 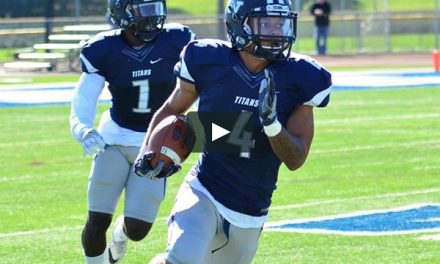 Taking the Alternative Route, From Cable to Football Streaming